‘Til The Calm Comes, A Song By Miguel Cervantes

‘Til The Calm Comes, A Song By Miguel Cervantes 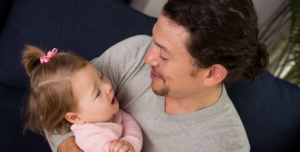 Miguel Cervantes, who plays Alexander Hamilton in Chicago’s HAMILTON, released an original song titled ‘Til the Calm Comes. This song is about his family, his wife Kelly, and their baby daughter Adelaide’s struggle with epilepsy.

Miguel uses this song to raise funds for CURE Epilepsy on behalf of his daughter, Adelaide. She was diagnosed with infantile spasms, a particularly severe form of pediatric epilepsy, at just nine months old, two months after she had her first seizure. After fighting against seizures for 3 years, Adelaide passed away in October 2019 from an unknown neuro-degenerative condition.

All proceeds from downloads of ‘Till the Calm Comes benefit CURE Epilepsy, supporting our mission to fund critically-needed epilepsy research.