CURE Epilepsy’s Frontiers in Research Seminar Series program is generously supported by the Nussenbaum-Vogelstein Family and aims to help educate and expose researchers, clinicians, and students to exciting epilepsy research and also provide opportunities for young investigators to interact with leaders in the field. 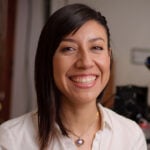 Abstract: Status epilepticus (SE) is a severe neurological disorder with consequences ranging from death to increased risk for subsequent unprovoked seizures leading to epilepsy and cognitive abnormalities. An important unanswered question is whether a prolonged episode of focal status epilepticus (fSE) in the neocortex elicits long-lasting modifications leading to epileptogenesis. Dr. Perez-Ramirez is testing the hypothesis that alterations after a single episode of fSE result in structural and functional changes among neurons in neocortical circuits, potentially leading to epileptogenesis, and that treatment with an anti-synaptogenic agent, Gabapentin, may have prophylactic effects on structural, functional, and behavioral abnormalities following fSE.

Maria-Belen Perez-Ramirez is a biologist and obtained her PhD degree in Biomedical Sciences at the National University of Mexico. She is currently working as a PhD fellow in the neurology department at Stanford. 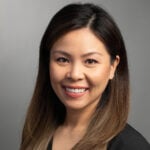 Abstract: Hyperactivation of mTOR signaling due to mutations in mTOR pathway genes causes a spectrum of neurodevelopmental disorders (mTORopathies) associated with malformation of cortical development and intractable epilepsy. Dr. Nguyen’s research has led to the discovery that altered activity of the mTOR-dependent translational repressor 4E-BP1/2 contributes to neurodevelopmental defects and epilepsy in two prototypic mTORopathies, tuberous sclerosis complex (TSC) and focal cortical dysplasia type II (FCDII). The team is currently investigating novel and clinically relevant strategies (such as gene therapy) to target 4E-BP1/2 to treat epilepsy.

Lena Nguyen is a postdoctoral associate in Dr. Angelique Bordey’s lab at Yale University School of Medicine. Her research focuses on how alterations in intracellular signaling pathways contribute to epilepsy in neurodevelopmental disorders.

Rajeswari Banerji, PhD
University of Colorado
Enhancing Glucose Metabolism via Gluconeogenesis with PK11195 is Therapeutic in a Zebrafish Model of Dravet Syndrome 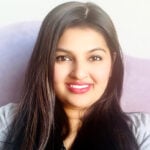 Let’s start with a question that came in for Lena. They want to know, why did you focus on 4E-BP1 and not 4E-BP2?

Dr. Lena Nguyen: That’s a great question. There are three sub-types of 4E-BP, there’s 4E-BP1, 2, and 3. 1 and 2 is expressed in the brain, with 2 being the most highly expressed. At the time that we started this study, the tools for targeting 4E-BP1 was more readily available to us since this is the most common studied subtype in the cancer field. That is why we used it. Functionally, 4E-BP1 and 2 are very similar. The sequence hemology, I think is more than 60%. In our case, we over-expressed 4E-BP1 which would compensate for both the inhibited activity of 4E-BP1 and 2. I think that expressing constitutive active 4E-BP2 could potentially have the same effect.

Here’s a question for Belen. They want to know, how do you analyze your EEGs? And what criteria need to be met to establish that there is seizure activity in your models?

I’m going to move onto Raji. There’s a question here, and they want to know please tell us more about PK11195? Do we know anything about the structure? Does it get into the brain? Has it been tested in other models of epilepsy?

Dr. Rajeswari Banerji: That’s a great question. Yes, we know a lot about this drug. This had been discovered in 1977, so a lot of research has been done and so this drug is a synthetic GSP11, so it binds to the mitochondrial ligand that is the translocator protein. It is also known as the peripheral benzodiazepine receptor, so it does have a lot of information on how it mines and how it producing neuro [inaudible 00:41:38], so there’s a lot of research going on. As I mentioned in the talk, there are a few papers which have shown an anti-epileptic property of this drug. We are really excited to try this in our new model, and also try it in mice models.

Raji, do you know if the efficacy of this drug, this anti-seizure activity, is that dependent on its improvement of the metabolic activity or are they two separate things?

Dr. Banerji: No, what we think, certainly after doing three years of research on our zebrafish model, that a metabolic deficit is required for this drug to work. We think this drug may work as a censor, actually, because we don’t think it always improves. It may reduce the glucose levels, also. A better term will be normalize, so it senses any kind of defects, metabolic defects, and then corrects it. We still don’t know how it corrects a seizure phenotype, and that’s something which we have to understand using other models maybe. But that’s a good question also. Thank you.

Lena, back to you. The high variability in your seizure rescue finding is really interesting. Do you have any clues on why many saw complete reduction in seizures, while others looked similar to the control group? Did you find that seizure frequency correlated with any of your other measures?

Dr. Nguyen: That’s a great question. Several things could contribute to this, one of which is a technical consideration for in-utero electroporation. We have been pretty good at getting consistent with the area that we target and the size of the targeted area, but when electroporating multiple plasmid as we did, not all cells are going to end up with all of the four plasmid. The majority will, but not all. These differences could contribute to the large variability. In addition to that, differences with combination efficiencies could lead to different levels of 4E-BP expression, which could also contribute to this. In our case, cell size is a good readout of whether 4E-BP activity worked the way we had intended it to, and so we have correlated cell size with seizure activity and we found a very strong correlation where those with no or low seizure activity following 4E-BP expression had smaller cell size, and those with higher seizure frequency had larger cells, suggesting that 4E-BP might be insufficient. It is interesting that we still see such a strong effect despite this variability, and we might actually be underestimating the effects of 4E-BP on seizures.

Lena, have you looked at or has anyone else looked at different models of cortical malformations to know is there 4E-BP1, is it also hyperphosphorylated in other models? Is that known?

Dr. Nguyen: Other groups have shown that [inaudible 00:45:23] is increased in human mTORopathies, like TFC and FCD2, and increased phosphorylation is expected as well in other mouse models.

Next question is back to Belen. What would your next steps be to translate your findings to people who have experienced status? Have you tried Gabapentin animal models of epilepsy?

Dr. Perez-Ramirez: Thanks. Yeah, that’s a complex question, the first one. Yes. A bit, first, I think we need to find what will be the best regime of Gabapentin, or Gabapentin treatment. Meaning the concentration and timing, because also there is a time window as far as we know where this is synaptogenic activity. We still don’t know in this model, what is this time window and the latency? That’s also another issue we need to address. Also, it will be important that once we know the most efficient Gabapentin treatment regime, then how this translates to human. Gabapentin is already an FDA-approved drug, so we just need to understand how the doses even after status epilepticus can work in humans. Then as I was saying, the window will be very important as also Gabapentin, it’s as far as we know, the efficacy happens also with newly formed synapses. That’s why it is important to know the latency, or the synaptogenic period.

About the second question, was Gabapentin trialed in other models? In the lab here, it was already tested on the undercut model of epilepsy, and they found similar results with decreases in alpha 2 delta 1, and decreases in synaptic activity, and also decreases in synaptic connectivity. Then there is the group from Rossi, and they tried Gabapentin in the pilocarpine model of temporal epilepsy, and I think they found also that Gabapentin was able to decrease astrocytic activity. In the latest article, they test this with animals that were treated with PILO and then treated with Gabapentin, and then given a second dose of PILO, and they found that there was decreased mortality, decreased racine scale achieved, and decreased animals that get to actual status epilepticus on that second dose. And then, there is the group of [inaudible 00:49:01] that they tried Gabapentin on a model of cortical malformation, and they also found decreased epileptiform activity with Gabapentin and I think also decreased expression of thrombospondins. It’s been tried in different models.

You mentioned about timing, so have you looked at, I think you’re doing it at three hours after status, the Gabapentin treatment you initiated? Have you tried other time points, like starting it later?

Dr. Perez-Ramirez: That sort of thing, we are interested in looking at.

Thank you. I had another question for Lena, just a technical question. In the samples from the humans where you showed the 4E-BP1 hyper-phosphorylation, what did you use as controls for those?

Dr. Nguyen: Because they were human samples, [inaudible 00:50:20] come across, we have not been able to get control human tissue samples. But there have been other studies where 4E-BP at this level is not found in the control tissue. We also looked at surrounding cells just to see. It’s not the best control, but those cells did not have increase. It was very specific to the dysmorphic enlarged neurons, the increase.