This research is generously supported by a grant from Jen Scott and Pierre-Gilles Henry, PhD, in honor of Felix Henry. 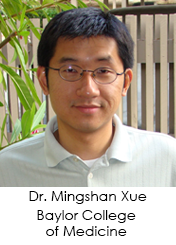 Reduced activity of a gene called STXBP1 is one of the most common causes of epileptic encephalopathy (EE),1a group of severe pediatric epilepsies which includes Ohtahara Syndrome, West Syndrome, and Dravet Syndrome. Patients with EE often have aggressive, treatment-resistant seizures, developmental delays, behavioral deficits, and intellectual disability among other clinical features. There is an urgent need to better understand these syndromes and develop new therapies for them. 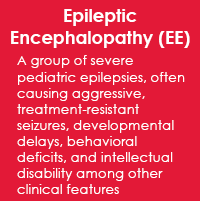 CURE grantee Dr. Mingshan Xue and his colleagues at the Baylor College of Medicine created mouse models with reduced STXBP1 activity to study epilepsy associated with this genetic variant. Through extensive testing, they determined these mice accurately represented EE clinical features such as seizures, behavioral, and cognitive deficits.2

For their CURE-funded work, the team used these models to determine how not having enough STXBP1 activity could cause EE. The team previously observed high levels of neuronal excitation in the brains of mice with low STXBP1. Thus, Dr. Xue’s team hypothesized that not having enough STXBP1 must prevent inhibitory neuronal signaling, causing an imbalance between excitation and inhibition in the brain. 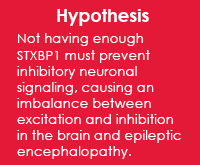 To test this, the team recorded the electrical activity of neurons in the model with reduced STXBP1 activity. They found that inhibitory brain signaling was indeed diminished in these mice while excitatory signaling was not affected, resulting in excessive excitation, seizures, and other neurological features of EE. Further testing revealed that mice with reduced STXBP1 activity specifically in inhibitory neurons had higher anxiety, impaired motor skills, and reduced cognitive function – all features that are seen in humans with EE.

EEs are typically hard to treat with currently available options. The team’s long-term goal is to understand the mechanisms that cause EEs and use this knowledge to develop new therapies. Since completing their CURE-funded grant, Dr. Xue and his co-investigator have received a National Institutes of Health grant, as well as an American Epilepsy Society postdoctoral fellowship to continue this important work.

Bridging the Gap Between STXBP1 Researchers and Families

We are honored to sponsor and attend the first ever STXBP1 Investigators and Family Meeting (SIFM) on June 21, 2019 and June 22, 2019 in Philadelphia. This conference is hosted by STXBP1 Foundation and the Center for Cellular and Molecular Therapeutics (CCMT).

The need for developing community and driving more research on this group of EEs is clear. The inaugural SIFM will bring together researchers and families of individuals with STXBP1 encephalopathies to foster community development and accelerate the search for a cure. This conference is designed to encourage interaction and in-depth discussions among researchers and clinicians to further research and innovation in this field.

You can find out more information about this conference here.

A round-up of epilepsy news from the past month.

CURE Discovery: The Connection Between Stress, Autism, and Epilepsy

While prenatal stress is a risk factor for epilepsy and autism, the biological reason may be different.

Disrupted communication being two areas of the brain key in memory and learning may be responsible for memory issues in people with TLE.