This grant was supported generously by the Cameron Benninghoven Award. 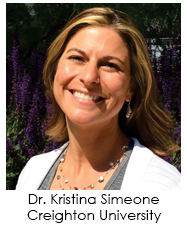 The ability to predict and prevent SUDEP is a vital need for the epilepsy community, and a recent discovery by CURE Grantee Dr. Kristina Simeone and co-investigators Dr. Peter Abel and Dr. Timothy Simeone at Creighton University could lead to strategies that can help do so. The team is studying specific changes in cardiac and respiratory function health that can lead to SUDEP in hopes of developing biomarkers to predict SUDEP risk and treatments to prevent it.

The researchers are conducting experiments in a mouse model called Kv1.1 KO, which lacks part of the potassium channel, an important component of electrical signaling in the brain. These mice develop spontaneous seizures which progressively become more severe until the mice reach a specific age and are impacted by SUDEP.1

A 2013 study of SUDEP in humans noted a pattern of rapid breathing followed by apnea and bradycardia (slow heart rate) which eventually led to SUDEP.2 In their studies with the Kv1.1 KO mice, Dr. Simeone and her team similarly found that these mice had chronic periods of hypoxia (low oxygen), experienced apnea caused by periods of rapid breathing, and had periods of bradycardia. They found that these breathing and heart problems were more likely to occur as the mice approached SUDEP age. The researchers are interested in understanding whether this abnormal pattern of breathing and bradycardia can be detected early and used as a novel marker to predict SUDEP risk. 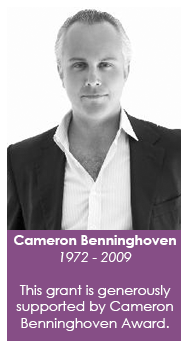 The researchers also gathered evidence suggesting that a protein in the brain called orexin, which is known to regulate breathing and heart rate, may be a central player in causing SUDEP. They previously found that blocking orexin’s actions can improve sleep and reduce seizures in the Kv1.1 KO mice model.3 The team treated mice with a drug which blocks orexin’s actions and found that it beneficially increased heart rate in mice with bradycardia, and improved abnormal breathing patterns. The team also found that treating mice at high risk for SUDEP daily with the drug may increase their lifespan.

Dr. Simeone and her co-investigators are interested in using these important new discoveries to develop monitoring strategies for estimating SUDEP risk and eventually developing therapies to prevent SUDEP.

We aimed to evaluate an under-mattress detection tool (EMFIT®) in real-life hospital conditions, in particular its sensitivity and false alarm rate (FAR), as well as its impact on patient care.

We aimed to characterize (1) the caregiver experience of learning about sudden unexpected death in epilepsy (SUDEP), and (2) caregiver preferences for SUDEP risk disclosure.