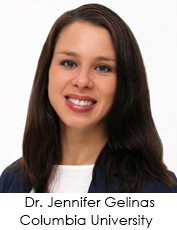 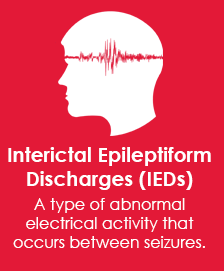 Some people with focal epilepsy experience seizures that get worse with time, while other individuals have a more stable course. CURE grantee, Dr. Jennifer Gelinas at Columbia University, hopes to understand how and why this variability happens. The aim of her CURE-funded work is to find ways to predict how focal epilepsy will progress to other regions of the brain so that doctors can treat patients more effectively.

Dr. Gelinas previously reported that, in a rat model of temporal lobe epilepsy, interictal epileptiform discharges (IEDs) can trigger neural activity in distant brain regions.1 IEDs are a type of abnormal electrical activity that occurs between seizures. Now in her recently published study,2 funded partly by CURE, Dr. Gelinas sought to understand how IEDs can affect the progression of focal epilepsy over time in people.

For this study, Dr. Gelinas and her team analyzed intracranial EEG (iEEG) recordings from 10 people with focal epilepsy who were undergoing clinical evaluation for epilepsy surgery. For each person, the team first identified brain regions where IEDs could be detected. They then located brain regions which had abnormal neural activity in response to IEDs. Although the patterns of neural activity coupled with IEDs were specific to each person, in each case they were located in distant brain regions outside the patient’s epileptic network. Moreover, distant brain regions where neural activity coupled with IEDs was detected had different characteristics compared to regions that were not affected by IEDs. The researchers also found that affected regions could be identified even in the absence of detectable IEDs.

This important study suggests that abnormal electrical activity (such as IEDs) in one part of the brain can disrupt normal neural activity in distant parts of the brain and may be an indicator of where the epileptic network will spread. Detection and manipulation of these patterns may present opportunities for diagnosis and therapies to prevent the spread of the network to other brain regions.

Dr. Gelinas was awarded a $100,000 Taking Flight grant by CURE in 2018. This grant seeks to promote the careers of young epilepsy investigators to allow them to develop a research focus independent of their mentor.