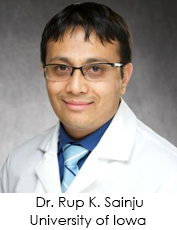 When the body detects high carbon dioxide (CO2) levels in the blood, a condition known as hypercapnia, it responds by moving more air through the lungs. This increased ventilation helps remove the excess CO2. Research by CURE grantee Dr. Rup K. Sainju and his team at the University of Iowa shows that this response may be weakened in some people with drug-resistant epilepsy, which puts them at an increased risk for severe breathing abnormalities and Sudden Unexpected Death in Epilepsy (SUDEP) following a generalized convulsive seizure.

For their CURE-funded project, Dr. Sainju’s team conducted a study in adults with drug-resistant epilepsy who were admitted to the epilepsy monitoring unit (EMU) at the University of Iowa. In addition to comprehensive heart and breathing monitoring, the team measured the hypercapnic ventilatory response (HCVR) in each patient.1,2 The HCVR measurement evaluates how the body responds to increased blood CO2levels. A low HCVR indicates a poor or weakened ability to remove CO2 from the body. 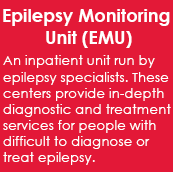 The study found that patients who had a low HCVR were more likely to have severe breathing abnormalities and a longer period of high, potentially dangerous CO2 levels in the blood after a generalized convulsive seizure. Long-term follow-up revealed one of the patients in the study with the third lowest HCVR passed away of SUDEP 11 months after the study.2

Importantly, this is the first time HCVR has ever been studied in patients with epilepsy. The team demonstrated that an HCVR measurement can be conducted in the EMU rapidly and safely.2 The team also reported that the HCVR measurement was well tolerated by the patients.2

Building on their work, Dr. Sainju’s team also conducted a CURE-funded pilot study to determine if the drug fluoxetine, more commonly known as Prozac, could increase HCVR and reduce seizure-related breathing abnormalities. Fluoxetine increases the availability of serotonin in the brain and there is evidence that the serotonin system increases ventilation in response to hypercapnia. Drugs similar to fluoxetine have been safely tested in mice and humans and shown to increase HCVR. The team hypothesized that giving fluoxetine to patients who have a low HCVR would improve the body’s ability to sense high CO2 levels and reduce post-seizure breathing abnormalities. The team has finished this study, which shows that patients completed it with good adherence. We are eager to see their final analysis.

Dr. Sainju’s study suggests that HCVR is a key measurement which may be useful in predicting the risk of breathing abnormalities and SUDEP. It can be easily and rapidly performed in the EMU with minimal discomfort to people with epilepsy. Future studies will build on this work, analyzing the usefulness of HCVR as a biomarker for SUDEP. Having demonstrated the feasibility of a randomized trial of fluoxetine versus placebo to improve HCVR, the team plans to continue studying fluoxetine and other therapeutic targets.

A declining pattern of adherence, observed in a quarter of patients, is associated with more than eight times increased risk of SUDEP.