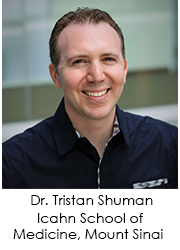 Temporal lobe epilepsy (TLE), which occurs in the temporal lobe of the brain, is the most common type of focal epilepsy.1,2 Unfortunately, people with TLE also often experience disabling cognitive and memory impairments.1 With support from a CURE Taking Flight award, Dr. Tristan Shuman and his team may have discovered a possible cause for these debilitating symptoms. His team at the Icahn School of Medicine at Mount Sinai in New York collaborated with Dr. Peyman Golshani’s laboratory at the University of California, Los Angeles. Together, they examined how two small areas of the brain that play key roles in memory and learning share information between each other to explore possible origins of the cognitive and memory deficits that develop in people with chronic epilepsy. 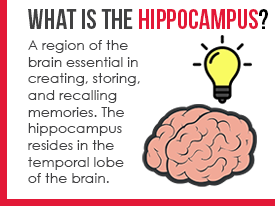 The temporal lobe of the brain contains a region called the hippocampus which plays a vital role in regulating learning, memory, and spatial navigation.3 Dr. Shuman and his team focused on two subregions of the hippocampus important in spatial navigation: the dentate gyrus (DG) and the CA1. Spatial information from other areas in the brain enters through the DG and leaves through the CA1.3 Dr. Shuman aimed to understand if disrupting this input/output circuit contributed to the cognitive and memory deficits observed in mice with TLE.

To study the interactions between the neurons in the DG and CA1, Dr. Shuman and colleagues first developed novel tools which enabled them to make their initial findings. They determined that in mice with chronic epilepsy, electrical impulses moving between neurons in the DG and CA1 were disrupted, indicating that these two regions were not able to process spatial information. 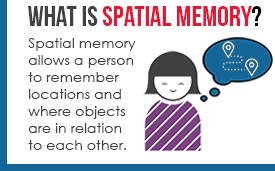 The researchers then examined how each individual neuron fired as the mice ran along a track. To accomplish this, the mice were fitted with a wireless, mouse-sized mini microscope, created by Dr. Shuman and his collaborators, that can “see” into the brain and record the activity of hundreds of neurons. They discovered that in the brains of mice with epilepsy, the number of place cells, a specific type of CA1 neuron that gathers and relays information about the position of objects in space, was reduced when compared to normal mice. In normal mice, these place cells were stable and active in the same location every day that the animals ran on the track. However, in the mice with TLE, the place cells changed their firing patterns every few minutes, indicating that the mice could not remember their location.

To further his research, Dr. Shuman collaborated with Dr. Panayiota Poirazi at the Foundation for Research and Technology Hellas in Greece to confirm his findings using a computer model. Using this approach, the team confirmed that by changing the timing of electrical inputs into the hippocampus, they could disrupt processing of spatial information.

Understanding how individual neuronal circuits are disturbed in epilepsy is a first step in creating future therapies to target disrupted firing patterns in people with epilepsy. By continuing to explore this promising avenue of research, scientists may one day be able to design therapeutic interventions that restore neuronal firing patterns, reducing seizures and improving cognitive function for people with chronic epilepsy.

Impact of the flu and COVID-19 on seizures, new hope for a temporal lobe epilepsy treatment, and more in this Epilepsy Research News.

To explore the localization value of drug-resistant temporal lobe epilepsy (TLE) aura for preoperative evaluation, based on stereoelectroencephalography (SEEG), and its prognostic value on the surgical outcome.