This grant was generously supported by the Leisher Family Award. 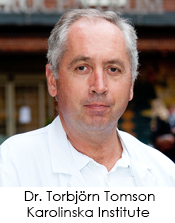 Dr. Torbjörn Tomson at the Karolinska Institute in Sweden, whose 2010 CURE-funded study was supported generously by the Leisher Family Award, recently published his findings from a large, nationwide study on factors associated with increased risk of SUDEP.1

For this study, Dr. Tomson and his team analyzed medical records for 255 people who passed away due to SUDEP between July 1, 2006 and December 31, 2011. These SUDEP cases were classified as either “definite SUDEP” or “probable SUDEP”2 based on available information. To build a strong understanding of SUDEP risk factors, the investigators compared each case of SUDEP to the medical records for 5 people with epilepsy of the same sex who were alive at the case’s time of death. These individuals served as controls against which to compare factors that might contribute to SUDEP risk. For SUDEP cases and controls, the team used medical records to collect information on age, sex, epilepsy type, and occurrence of seizures, as well as lifestyle information on whether the individuals lived alone or with someone and if they shared a bedroom. The team performed analyses to understand how each of these factors contributed to SUDEP risk.

The analyses of these data found that the presence and frequency of GTCS was the most important risk factor for SUDEP. A history of GTCS was associated with a ten-fold greater risk of SUDEP. Of those with this increased risk, patients who had 4-10 GTCS in the year preceding SUDEP had a 32-fold increase in SUDEP risk. Dr. Tomson’s team also found that the presence of nocturnal GTCS in the year preceding SUDEP was associated with a 15-fold increased risk of SUDEP. Further, this study found that there was no increased risk of SUDEP in people with only non-GTCS, suggesting that treatments to convert GTCS to non-GTCS could reduce SUDEP risk.

Importantly, the team observed a substantial increase in SUDEP risk for individuals with GTCS who lived alone and those who live with other people but don’t share a bedroom. The combination of sleeping alone and having at least one GTCS in the preceding year resulted in a 67-fold increased risk for SUDEP compared to not having GTCS and sharing a bedroom. This data confirms previous research suggesting that unattended GTCS are the most significant risk factor in SUDEP.3

This important study identifies GTCS and sleeping alone as significant risk factors for SUDEP. In addition, Dr. Tomson’s work makes the case for improved seizure monitoring devices to alert caregivers of night-time seizures and for people with GTCS to share a room with someone when sleeping whenever possible. The research further suggests that treatments to reduce occurrence of GTCS would be useful in reducing SUDEP risk.

1 Sveinsson O, Andersson T, Mattsson P, Carlsson S, Tomson T, Clinical risk factors in SUDEP: A nationwide population-based case-control study, Neurology. 2020 Jan 28;94(4):e419-e429
2 SUDEP was defined as “definite” or “probable” based on previously developed criteria. When these criteria were met with a sufficient description of the circumstances of death and a postmortem report was available, SUDEP was classified as “definite”. When criteria were met but a postmortem report was not available, SUDEP was classified as “probable”. A third category of “possible” SUDEP included cases where SUDEP could not be ruled out but did not have sufficient evidence or a postmortem report. Possible SUDEP was not included in this study.
3 Devinsky O, Hesdorffer DC, Thurman DJ, Lhatoo S, Richerson G Sudden unexpected death in epilepsy: epidemiology, mechanisms, and prevention, Lancet Neurol. 2016 Sep;15(10):1075-88

Researchers have highlighted the similarities between SUDEP and Sudden infant death syndrome (SIDS) but perinatal risk factors such as those identified for SIDS, have not been assessed previously for SUDEP.

CURE Epilepsy Discovery: Investigating Mechanism of the Progression of Epilepsy

This CURE Epilepsy funded research paves the way for future studies that may identify ways to prevent harmful changes in myelination to treat some forms of epilepsy.