Epilepsy is a debilitating but surprisingly common neurological disorder, with 1 in 26 people in the United States developing it over the course of their lives [2]. Despite the availability of numerous antiseizure medications (ASMs), one-third of people with epilepsy have seizures that remain treatment-resistant [3]. There are many possible causes of epilepsy, ranging from traumatic brain injuries to specific genetic mutations. Regardless of the cause, treatment remains primarily empirical or based on observation, with patients and their epileptologists often trying different and multiple ASMs in an attempt to eliminate the seizures while managing unwanted side effects. Ideally, treatments for epilepsy would precisely target the underlying biological mechanism, control seizures, and reduce the occurrence of negative side effects.

Optimism for this approach of “precision medicine” for epilepsy grew following the complete sequencing of the human genome and fueled the hope that individual genetic information could be used to develop more specific ways to treat epilepsy. Precision medicine, also known as personalized medicine, is the “tailoring of medical treatment to the individual characteristics of each patient. It does not literally mean the creation of drugs or medical devices that are unique to a patient, but rather the ability to classify individuals into subpopulations that differ in their susceptibility to a particular disease or their response to a specific treatment.” Unfortunately, for most types of genetic epilepsy, the individual genetic makeup of a patient has not yet translated to clinical application of precision medicines for epilepsy. This has been due, in part, to the complexity of the underlying biological mechanisms as well as limitations in the technologies needed to advance genetic discovery to appropriate treatments.

However, the authors describe how epilepsy research is entering an exciting new phase that may enable new precision therapies for many more types of genetic epilepsy. Over the last decade, significant progress in advancing precision medicine approaches has been achieved for epilepsies caused by discrete mutation(s) in a single gene. This work has involved 1) acceleration and efficiency of gene sequencing technology and identification of epilepsy-causing, including the location and type of specific mutations in the DNA sequence of these genes, and 2) clarification of the neuronal function(s)/dysfunction of the corresponding protein and underlying biochemical pathways. In addition, the development of specific laboratory methods such as cell-based models that replicate aspects of the structure and function of the human brain and the use of zebrafish that are sensitive to ASMs 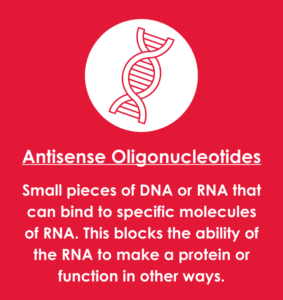 have accelerated the testing of novel epilepsy treatments. Finally, new epilepsy gene-targeted technologies, for example, antisense oligonucleotides, are being tested in clinical trials, and there is active discussion about changes in clinical trial design that could enable smaller clinical trials needed for rare genetic epilepsies.

Despite these successes, multiple challenges remain for the future development and accessibility of precision therapies for epilepsy. First, genetic testing and counseling remain inaccessible to many groups, including the elderly and the poor, across the world. Second, nearly 70% of epilepsy cases involve more than one gene and thus require an improved understanding of disease risk in the context of multiple genetic mutations, overall genetic background, and environmental exposure. Third, although gene therapy is conceptually encouraging there are challenges related to large-scale development of safe, ethical, and equitable delivery of gene-based therapies to overcome. It will be critical for the research community to work together to overcome these challenges to ensure the delivery of new precision therapies for genetic epilepsies.

An important driver for the advancements that have been made toward the development of precision therapies are the many new stakeholders calling for action. Numerous patient advocacy groups, professional societies such as the American Epilepsy Society, government and non-profit funding agencies such as the National Institute of Neurological Disorders and Stroke and CURE Epilepsy, respectively, have collectively called for a coordinated and systematic approach to developing new epilepsy treatments. Progress stemming from this call to action could bring a new age of treatments for those with epilepsy, shifting from observational experience to data-driven and patient-centered precision therapy.