Sudden unexpected death in epilepsy (SUDEP) is a devasting event that occurs in approximately 1 in 1,000 people with epilepsy [1,2]. It appears to be related to seizure-induced dysfunction of the autonomic nervous system (ANS) [3].  The ANS controls body functions essential for survival and is responsive to environmental changes. Some of these functions include maintenance of core body temperature as well as tight regulation of heart and breathing rates. Previous research has revealed that disruptions in ANS function related to a seizure event are marked by diminished control of these three body processes, but the precise nature and mechanisms of these weakened responses are not clear. 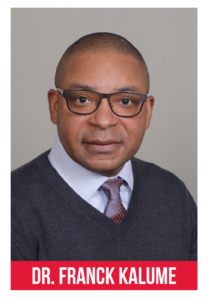 Dr. Franck Kalume, a recipient of CURE Epilepsy’s Sleep and Epilepsy Award, generously funded by the BAND Foundation, explored this important area of research by utilizing his mouse model of Dravet syndrome (DS). [4] DS is a treatment-resistant form of epilepsy with a high risk of SUDEP, and an increased prevalence of ANS dysfunction. This particular mouse model was developed by deleting the gene linked to most cases of DS in humans (known as SCN1A), which is also one of the many genes responsible for propagating electrical signals in the brain.

The first set of experiments involved assessing the ability of DS mice to regulate 1) core body temperature, 2) heart rate, and 3) breathing rate in response to an increase in surrounding temperature, i.e., to 86-90°F. Responses from the DS mice and control mice were subsequently compared [5].

Dr. Kalume and his team developed another set of DS mice in which the SCN1A gene had been deleted only in neurons responsible for transmitting inhibitory electrical signals in the brain [5]. The same responses were observed in this second group of DS mice, indicating that thermoregulation is most likely mediated by these inhibitory neurons.

Along with deficits in controlling core body temperature, the DS mice also had problems regulating cardiac and respiratory function in response to elevated temperature. Specifically, although the heart rate of DS mice increased to only half that of control mice, the rate of recovery was much slower after the heat source had been removed. Likewise, even though the breathing rates decreased in both DS and control mice in response to higher temperatures, it recovered partially in control mice but not at all in DS mice.

The effect of moderate exercise (running on a treadmill) on heart rate as well as heart rate variability was also assessed [5]. During this exercise challenge, the highest heart rate level reached was much lower in DS than in control mice, and it took much longer for DS mice to reach their peak values. Similar responses were observed for heart rate variability, all of which suggest impaired cardiac function in DS.

Together, these findings imply that there are clear abnormalities within the ANS of DS mice and, by extension, in people with DS and possibly other intractable epilepsies. Understanding the biological bases of these irregularities and how environmental changes may adversely affect them will likely assist in the development of novel methods to reduce seizure-related health consequences as well as the high risk of SUDEP.

This work was conducted in collaboration with Dr. Orrin Devinsky of New York University.