• Taking Flight grantee Dr. Ankit Khambhati and colleagues at the University of California – San Francisco sought to understand why some people with drug-resistant epilepsy respond better than others to responsive neurostimulation (RNS) therapy.

• After examining the pattern of brain waves of approximately 50 patients, the investigators identified a new biomarker that could predict which people would most benefit from RNS therapy.

• This important finding has the potential to help neurologists decide which patients would benefit the most from an RNS device before it is actually implanted in the brain.

Of the millions of people who are impacted by epilepsy, approximately one-third do not respond to currently available antiseizure medications [1], adversely affecting their quality of life. Among those with drug-resistant focal epilepsy (seizures that start from a single area in the brain, formerly known as partial seizures), one of the more effective treatment options involves brain stimulation [2], including the Neuropace Responsive Neurostimulation System® (RNS) [3]. The RNS is a ‘smart’ device implanted on the surface of the brain, with two thin wires placed where the seizures begin. It monitors brain waves recorded from the wires to produce what is called an intracranial electroencephalogram (iEEG). When the RNS device senses abnormal neural activity, it responds with subtle electrical pulses to either terminate or suppress an emerging seizure. The iEEG data can also be mined for research purposes to identify changing patterns in the brain waves as a patient’s condition improves. 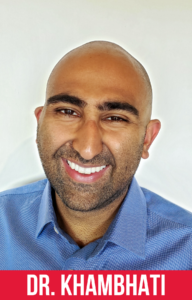 The RNS is effective at reducing seizures in many patients with focal epilepsy, but it does not work for every patient, and it is not clear why. Dr. Khambhati and his colleagues, Drs. Edward Chang and Vikram Rao, thought that the lack of response in some people may be related to some seemingly inconsistent observations from numerous clinical trials of the RNS System. As mentioned above, the RNS device was designed to send electrical pulses to terminate a developing seizure only when abnormal electrical activity was detected, but the researchers found actual stimulation often occurred more than 1,000 times a day. This did not correlate with the actual number of seizures reported suggesting a significant amount of abnormal activity between seizures. In addition, clinically significant improvements, i.e., reduction in seizure frequency, occurred gradually over time, often years rather than just immediately after electrical stimulation by RNS [4]. Together, these observations suggested that there is abnormal electrical activity that occurs between seizures, possibly exacerbating them, and that the RNS device both terminates seizures and may also slowly modify how they are generated.

To explore this possibility, Dr. Khambhati and colleagues capitalized on the availability of many years’ worth of iEEG data from approximately 50 patients with an implanted RNS device [5]. Upon close examination of the data, they found a wide range of RNS response effectiveness among these patients and categorized them in three separate groups: super, intermediate, and poor responders based on the percent reduction in seizures.

Comparing the iEEG patterns from each of these groups allowed the researchers to conclude that RNS therapy, in addition to suppressing an emerging seizure, was also inducing a rewiring of the epileptic network, essentially disrupting it. This, in turn, dramatically decreased the brain’s tendency to generate excessive excitatory electrical activity sufficient to trigger a seizure. More importantly, the researchers found that much of this rewiring was a result of stimulation that occurred between seizures rather than just before the “buildup” of electrical activity indicative of seizure onset. Furthermore, since each of the three responder groups exhibited different iEEG “fingerprints”, the researchers were also able to consolidate these data to generate a powerful algorithm that could examine iEEG patterns and pinpoint unique biomarkers reflecting a prospective patient’s likely response to an implanted RNS device.

With this critical advancement, clinical care of patients with focal epilepsy being treated with RNS therapy may be improved beyond the typical adjustment of stimulation parameters. Neurologists may now be able to predict how a patient will respond to RNS, better counsel patients on their prognosis, and adjust stimulation parameters accordingly. Ideally, this discovery will help determine if a patient will even benefit from RNS therapy before the device is even implanted in the brain, thereby reducing unnecessary treatment risks for patients with focal epilepsy.

Autism affects about 2% of children in the United States, and about 30% of these children have seizures. Recent large-scale genetic studies revealed that genetic variants in a sodium channel, called voltage-gated sodium channel Nav1.2, is a leading cause of autism. Overactive sodium channels in the neuron cause seizures.

Eslicarbazepine acetate, an antiepileptic drug that blocks voltage-gated sodium channels, has been suggested to reduce seizure frequency in these patients.