Post-traumatic epilepsy (PTE) is one of the most devasting consequences of a traumatic brain injury (TBI). Depending on the severity of the injury, anywhere from 5% to 53% of people with TBI may develop PTE [1,4,5], and, unfortunately, PTE is often resistant to currently available antiseizure medications. Importantly, there is often a span of time between the injury and the onset of epilepsy, known as the “latent period,” during which treatments could be initiated to either reduce the chance of or completely prevent PTE [1,6]. 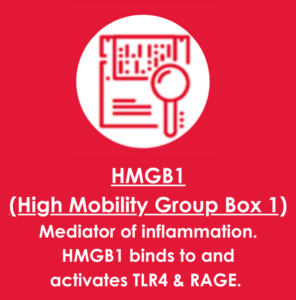 One potential cause of PTE is inflammation in the brain. In hopes of preventing PTE or decreasing the  probability of it developing, researchers are working to understand the role of inflammation in the brain as a means to prevent PTE. The inflammatory process is regulated by “parent” proteins that, when activated, bind to target receptors to subsequently activate downstream signaling pathways. One of these “parent” proteins is known as HMGB1, and two of its receptor partner systems are TLR4 and RAGE [7]. All three of these proteins have been implicated in development of seizures, a process called epileptogenesis [8,9]. With funding from CURE Epilepsy, Dr. Jin 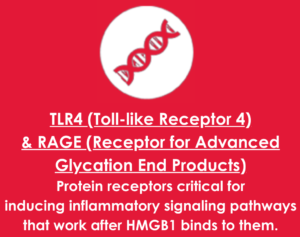 and his team at the Stark Neurosciences Institute of the Indiana University School of Medicine sought to determine if these proteins also played a role in PTE and whether inhibiting these pathways could represent an approach for reducing the likelihood of epileptogenesis and PTE following TBI [10].

To test their hypothesis, the researchers first confirmed that the expression of HMGB1, RAGE, and TLR4 increased in three types of brain cells (neurons [“regular” nerve cells], astrocytes, and microglia) in their PTE mouse model 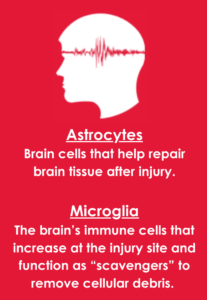 [3,10] soon after injury. After completing this initial experiment, the team evaluated the ability of inhibitors of TLR4 or RAGE to lower seizure susceptibility and frequency in their PTE mice.

For TLR4, they used the drug TAK242 (also known as resatorvid), a substance that has previously been employed by other researchers to prevent epileptogenesis in a different rodent model of PTE [11]. For RAGE, the researchers used an antibody (mAb) specifically designed in the laboratory to bind to the RAGE protein (RAGE mAb) and inhibit its signaling pathway. The team found that when either substance (TAK242 or RAGE mAb) was administered to mice one week after injury, the treated PTE mice were less prone to having tonic-clonic seizures and remained seizure-free for a longer period of time [10].

To provide additional evidence for the role of RAGE signaling in PTE, the researchers used mice in which RAGE had been genetically deleted (“RAGE knockout mice”). Data revealed that the RAGE knockout mice exhibited a higher threshold of seizure susceptibility and a longer period of seizure freedom after a TBI than their control counterparts.

The fact that similar results were obtained from two different, but complementary, types of experiments (pharmacological and genetic) provide corroboration for the critical roles that RAGE and TLR4 play in the onset of PTE.

Once Dr. Jin’s team demonstrated that inhibiting TLR4 or RAGE seemed to have therapeutic value, they sought to understand what would happen at the cellular level when these two pathways were pharmacologically inhibited in their PTE model. Mice that were treated with either TAK242 or RAGE mAb one week after injury lost fewer neurons compared to those that were not treated with one of the two substances. Along with neurons, the team examined astrocytes and microglia. These cells mediate a process known as gliosis, a type of nonspecific scarring of brain tissue generated in response to brain damage that can lead to drug-resistant seizures [12]. Analogous to the results with neurons, there was much less gliosis in treated versus untreated PTE mice.

Research to assess what happens in the brain after TBI is crucial to discovering possible therapeutic options to prevent epilepsy from developing. Data from Dr. Jin’s lab further validate the roles of HMGB1, its receptors TLR4 and RAGE, and their downstream inflammatory pathways in the PTE process itself, including cellular level changes, and how blocking either of these pathways may one day prevent PTE.