The end of the year is a very busy time for the epilepsy community. In October we commemorated SUDEP Action Day. All of November is dedicated to celebrating Epilepsy Awareness Month. And in the first week of December, we have both Infantile Spasms Awareness Week and the American Epilepsy Society annual meeting in Nashville where epilepsy healthcare providers, scientists, advocates, industry, and other professionals gather to drive better outcomes for people with epilepsy. We’re so excited about all the content that we have been and will be showcasing through these important times that ultimately reinforces the need to fund research to find a cure.

In addition to the need for more research funding, awareness is a challenge that the epilepsy community continues to face. The lack of awareness and understanding of this medical condition creates impediments for those living with epilepsy. People may face stigma at work, school, and other social interactions. To help shine a light on epilepsy and bring the “e” word to the forefront, we have launched the Say the Word #SayEpilespy campaign . . . so that the general public gains a better understanding of epilepsy and how widespread it is . . . so that we can eliminate the stigma . . . so that people with epilepsy and their caregivers know that they are not alone . . . so that clinicians affirm the importance of using the word “epilepsy”. . . so that we can raise money to fund research to find a cure.

As we continue to search for a cure for this under-represented and under-funded neurological disorder, please consider making a donation to us on this upcoming Giving Tuesday, the day of global generosity. We remain grateful to you for your support of our mission, including those who have financially supported us in the past.

Through research there is hope. 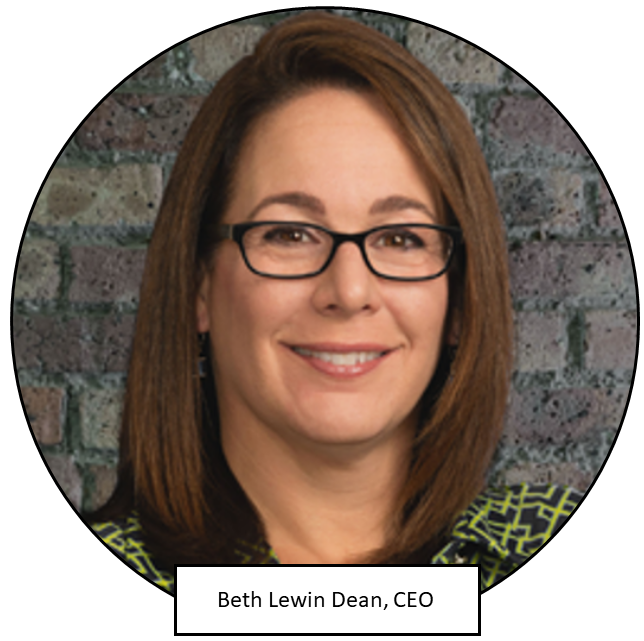 In this CURE Epilepsy Update, please find information on:

Thanks to You, We Raised Over $230,000 Through Unite to CURE Epilepsy! 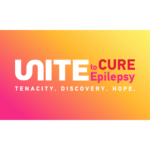 Thanks to the generosity of supporters like yourself and the Ann G. and James B. Ritchey Foundation for their donation match, we raised over $230,000 to support epilepsy research. If you missed the Unite to CURE Epilepsy program during its premiere, or if you want to watch it again, you can find it online here. 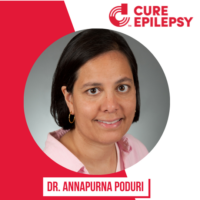 Sudden infant death syndrome (SIDS), sudden unexpected infant death (SUID), and sudden unexplained death in childhood (SUDC) are tragic conditions referring to the unexplained death of an infant or child. While previously thought of as separate entities, evidence suggests that there is an overlap between these conditions and that they may be considered under the overarching umbrella of sudden unexpected death in pediatrics (SUDP).

Our latest CURE Epilepsy Discovery dives into the research conducted by Dr. Annapurna Poduri and her team at Boston Children’s Hospital that shows evidence for genetic factors that may play a role in SUDP; while some genes were already potentially associated with sudden death in children, several variants in genes previously not associated with SUDP were identified. 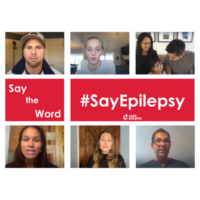 During Epilepsy Awareness Month, we are asking everyone within our community (people living with epilepsy, caregivers, medical professionals, researchers, and friends) to share their epilepsy stories through our Say the Word #SayEpilepsy campaign. The more we use the word “epilepsy” when we are talking about this disorder, the more aware the general population will become of the condition. Visit the Say the Word #SayEpilepsy page to see individual stories on why saying the word “epilepsy” is so important to them and share your own #SayEpilepsy story on social media (don’t forget to tag us)! 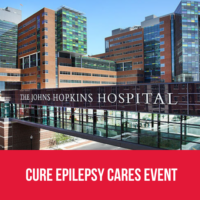 CURE Epilepsy CARES (Conversations About Research in Epilepsy and Seizures) brings together patients, families, medical professionals, researchers, and others touched by epilepsy to engage in conversation and have their questions about cutting-edge research and epilepsy treatments answered by clinicians. If you are in the Baltimore area, you can register now for our free event on Saturday, November 5 at Johns Hopkins Children’s Hospital. Want to experience a CURE Epilepsy CARES event, but aren’t near the live event? You can watch recordings of previous CURE Epilepsy CARES events on our website here.Register 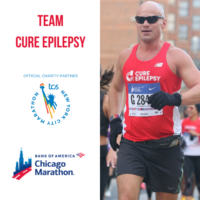 Thank you to the Team CURE Epilepsy Chicago Marathon runners who helped us raise over $42,000 to help us find a cure! Special shoutout to Clare Phelps who was featured on NBC 5 Chicago talking about why she chose to advocate for her daughter and raise funds for CURE Epilepsy. Watch here.

And looking to the future, we are excited for the TCS New York City Marathon coming up this Sunday. We know Team CURE Epilepsy will continue to race for a cure for epilepsy and we wish all participants good luck! 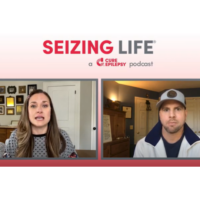 Former Marine, Captain Jack Somers, shares his long journey to an accurate epilepsy diagnosis. After more than a decade of seizures and a diagnosis of “generalized seizure disorder” from both the Veterans Administration and numerous neurologists, Jack Somers was finally told that he has epilepsy. Jack shares his confusing and sometimes frustrating journey to diagnosis. 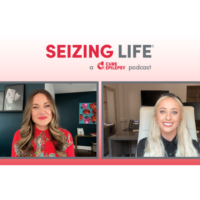 Hannah’s older brother Dylan lived with epilepsy nearly his entire life, until he passed away from SUDEP (Sudden Unexpected Death in Epilepsy) at the age of 25. Hannah tells us about her brother’s attitude and determination not to let epilepsy define or limit his life, attending and graduating from college, working, and eventually living on his own.

Watch these and all of our upcoming Seizing Life episodes here.

Please mark your calendar for the following key dates in the epilepsy community:

1 in 26 individuals will be impacted by epilepsy in their lifetime.
Each person has their own story. 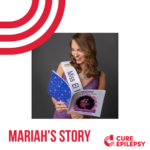