My older brother, Charles, was diagnosed with autism at a young age and further diagnosed with a rare genetic disorder when he was seven. Since the onset of his epilepsy a year later, he has struggled to overcome having seizures every day of his life. On top of his underlying genetic disorder, Charles has Lennox-Gastaut syndrome, a severe form of treatment-resistant epilepsy. He suffered from drop seizures, requiring him to wear a helmet to prevent further head injury. He had been on every benzodiazepine and antiseizure medication in hopes of slowing the seizures.

Charles had days with hundreds of seizures, and our family life revolved around caring for him. We all had to pitch in, and I learned responsibility at a young age. But, watching him endure such hardship was a source of motivation to me. I began to wonder what could be done to help people affected by epilepsy and disorders of the brain. My exposure to his team of specialists, from epileptologists to genetic counselors, through his many appointments and hospital stays, ignited my interest in medicine and science and admiration for the work they were doing. Having had opportunities to meet neurologists, neuroscientists, and other researchers, I have been inspired by their quest to turn scientific discoveries into treatments for patients.

My ambition is to become a physician-researcher, taking the concerns of patients and families from clinic to the lab, to translate clinical and scientific findings into tangible outcomes for patients. The Education Enrichment Fund will enable me to continue my studies in biomedical engineering and learn about the ways in which I can help individuals like my brother and families like ours. My current studies in engineering and future ambitions to go to medical school will equip me with a unique perspective and the right tools to understand epilepsy, develop better devices for patients, and ultimately treatments to improve patient outcomes.

To hear Nathan talk about growing up with a sibling with epilepsy, watch or listen to this episode of Seizing Life: 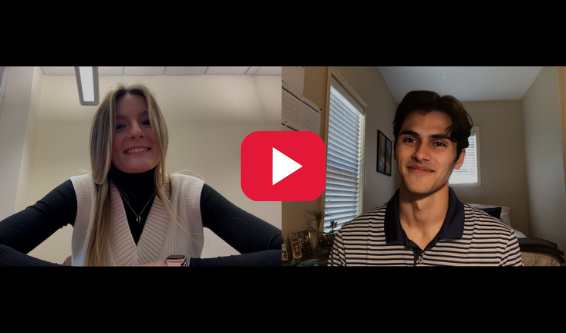