Seizures can be both unpredictable and unrelenting. When a seizure becomes an emergency, rescue medications provide immediate relief and help prevent the need for emergency care. While existing therapies do stop these epilepsy emergencies in many patients, some are still searching for an option that works for them.

In the second part of this two-part webinar series, gain insight from Dr. Nathan Fountain of the University of Virginia on how different rescue medications can be administered, promising research, and what rescue therapies are currently in the pipeline. His presentation includes a look at the rescue medication pipeline and the new delivery methods which may become available to patients.

Dr. Nathan Fountain, Professor of Neurology and the Director of the Comprehensive Epilepsy Program at the University of Virginia. 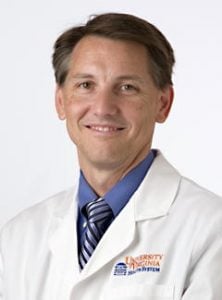 Is there any reason not to use Diastat before a seizure in a child who has been seizing for five minutes? And if so, how long should you wait?

There are exceptions to every single rule. As a general principle, if you’ve been prescribed rectal diazepam gel to stop seizures, and you have – let’s say – a child who’s been seizing for five minutes, there’d be few situations in which you wouldn’t give them the rectal diazepam gel. There’s a safety concern, and there’s a treatment concern in this circumstance.

The safety concern is; imagine that you’ve already given the child other benzodiazepines, let’s say clonazepam or lorazepam, or even diazepam in a pill form an hour ago. And so, it’s already in their blood. You might be hesitant to give them more without any kind of supervision. But as a general principle, we give rescue medications and tell them, “If you actually time a seizure, five minutes is a really long time.” We do this in the epilepsy monitoring unit. We admit people to the hospital and observe their seizures to figure out where they’re coming from and so forth.

A common exercise is to ask people when we watched the seizure on the video, “How long was that?” And they almost always say, “Oh, that was five minutes.” But you know what? It’s almost always under 90 seconds – a minute and a half. The point: while you’re watching someone seize for five minutes, it’s kind of forever, especially the big convulsive seizure. For convulsive seizures or medically serious seizures, you might say, usually we would advise giving the medicine after five minutes of seizure activity.

Now, if it’s a non convulsive seizure, or if you’re not sure it’s a seizure, that’s a different situation. I suppose we could imagine a situation where you wouldn’t give them medicine. It was in five minutes because it’s a non-convulsive seizure and you think it’s not causing any harm. Let’s say it’s just a staring seizure, an absence seizure. It is unusual to have one for more than five minutes, but there are specific situations when you might. Or if you’re not sure that it’s a seizure, so if you haven’t figured that out yet, then maybe it would be okay to not give the medicine if it’s something, as in, convulsive activity.

Are there any reasons to administer rescue medications to individuals who have one tonic clonic seizure without a cluster?

That goes back to really defining what it means to have a cluster. As a casual observation, we can easily make the statement, “Sure. Give the medicine to prevent the next seizure.” But if you think about this in detail as the FDA does when they think about exactly what the medicine is used for, this starts with a careful history to determine what is a typical seizure for that individual.

If that individual has big convulsive grand mal or generalized tonic clonic seizures typically lasting three minutes, but they suddenly have three in one day or even twice in one day and you want to prevent the next seizure. Usually you’d let that seizure complete because it would almost take three minutes just to administer whatever you’re going to administer. Typically, we’d let that seizure complete itself, then give whatever medicine is appropriate to prevent the next seizure.

I’m glad that question was asked because in general, we wouldn’t treat an acute seizure unless it lasted more longer than usual or more than five minutes. Now, as I said, five minutes is a long time. By three minutes, everybody’s getting all excited and getting ready to do something – call the rescue squad or given a board of therapy or do something – because it will take your five minutes to figure all that out. But for most people with epilepsy, they don’t have a seizure that lasts longer than three minutes. In fact, if you measure it, it’s usually less than 90 seconds and a half.

If you define the typical seizures as less than five minutes, we typically wouldn’t recommend the currently available abortive therapies. Maybe that’ll change. Maybe if it turns out intranasal medications really worked very quickly and are very effective and maybe we’ll get for ongoing seizures, but at the moment we would say no.

Do you have any suggestions for rescue therapies in children younger than two,  because the FDA approved cutoff for Diastat is two years old.

That’s a situation where you really need to talk to your doctor. There are alternatives. Everyone gets nervous when treating young children. When they’re less than two, it gets a little complicated because the dosing changes as well as the method of administration.

I’d say talk to your doctor about that. For a prolonged seizure in those who are less than two years old, we have the same concerns that we have in those older than two. Although the medications are only approved down to a certain age, doctors can use them in different situations. For example, the IV form of midazolam is definitely not approved to be blown up the nose until now. Still the IV form is not, but yet we would use that in certain situations when we knew the details warranted it. Being less than two, you could still use rectal Diastat for instance, or could use some other form.

Talk to your doctor about that and what might be best in that particular situation.