Events > The New Way to Describe Your Seizure Types

The New Way to Describe Your Seizure Types

Managing epilepsy can be a challenge, but understanding the most up-to-date medical terms can help.

Learn the International League Against Epilepsy’s (ILAE) new ways to organize and describe seizures and epilepsy types. Becoming familiar with this new language can enable you and your doctor to better communicate about your treatment options, triggers to avoid, and what to expect in the future.

The webinar is presented by Dr. Robert S. Fisher, who led the task force responsible for the ILAE’s new classification system. 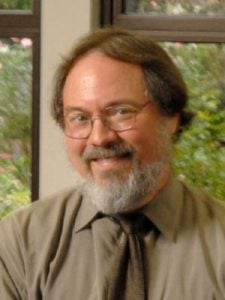 Why is this new classification system important to me?

To be clear, I’m not implying that the people with epilepsy are wrong. Often the doctors are not really very accurate about what the seizure type is, and when I see that, it means that the names are too complicated. This reclassification is a streamlining. It should help you communicate to other patients and family members, if you go on online to share common experiences and help you to communicate to your medical team accurately and clearly.

Secondly, the new classification system is going to be useful for people whose seizure types just didn’t exist in the previous classification. We can never classify every seizure type, but now, it includes more than it did before.

To your knowledge, are the new classifications being commonly used by doctors now?

There is also the International Classification of Diseases (ICD), which always lags behind the specialty organizations in naming things, but the next version, the ICD-12 will incorporate the new terminologies.

Are the new terms for seizure types localized into other languages?

Fortunately, the “I” in ILAE stands for international! The committee was 19 people, and while all of them spoke English, most were not from the United States. There was great representation of other languages during the reclassification process, and the terms have been translated into many other languages.

Is it still okay to use old terminology, such as grand mal and petit mal?

I’ve worked very hard not to be the terminology police. We’re a year into switching to this classification system, when I read my clinic notes, I’m still going to the extra trouble of using the old terms and the new terms every time I classify a seizure in writing, putting one of them in parentheses.

There are several generations of this reclassification we’re dealing with. It’s not just a new an old classification because if we go back to the 1950s, the terms that people were using were petit mal, grand mal, psychomotor seizure, and sometimes focal motor seizures. Ultimate, these terms are not that bad. I think we’ve improved it a little, but those were not that bad. Then in 1981, we started saying simple partial, complex partial, secondarily generalized, and so on.

If you’re enamored with an old term, you can use it, but here’s the thing that causes confusion: a lot of my patients talk about petit mal and grand mal seizures when they’re all in effect, focal impaired awareness seizures. The petit mals might be the smaller ones that aren’t as intense. The grand mal, they say, are the ones that cause a patient to have a feeling of dread or doom or something that.

The danger is that, if you’re using an old term that isn’t the right term for your seizure type, it may make it confusing when you are speaking with people who have other seizure types when or it may even mislead some doctors.

But otherwise, no, I’m not opposed to using the old terms, if you do so correctly and consistently.

Is petit mal the exact same thing as what is now called an absence seizure?

Can a person have more than one type of seizure?

Absolutely, you can have more than one type of seizure. There are two different baskets I would put that occurrence into. One basket is having one seizure focus (one place in your brain where seizure starts) which the abnormal electricity stays in. In the second basket, the seizure spreads a bit farther sometimes and a lot farther other times.

For example, you might have a focal aware seizure with a sense of déjà vu, or strange familiarity. That may be all that happens in some seizures, and then you might call it an aura, which is an old term for a small seizure that could lead into a larger seizure. So, if the abnormal electricity then spreads to both sides of the brain, you’re not going to be able to lay down and remember memory traces.

Now, in this example, say you have a focal aware seizure which progresses to a focal impaired awareness seizure. If the activity then spreads to the whole brain, you’ll completely lose consciousness. You’ll fall, you’ll stiffen, you’ll have tonic activity, you’ll shake, and you have a focal to bilateral tonic-clonic seizure. In a way, although we call this experience three different seizure types, there’s really one seizure starting place and three different seizure types, because the abnormal activity may spread to different extents. So, the second basket is where you really have two completely different seizure types that don’t overlap. That’s much less common than the first basket.

By the way, seizure medications may keep a seizure from spreading and may turn focal to bilateral tonic-clonic seizures into just focal aware seizures. That would be a good thing.

Can you clarify if tonic-clonic seizures are exclusively generalized (as opposed to focal)?

What’s the practical import of this? If you have a tonic-clonic seizure – tonic stiffening, clonic jerking – your doctor should definitely investigate if you have a focal aura or an onset warning, because that indicates that the seizure is a focal to bilateral tonic-clonic seizure. Your neurologist ought to pay attention to what’s wrong with that focal part of your brain where the seizure starts.

Is there a definition or description for autonomic seizures? And if so, what would that be called, and what would be the most common characteristics of that seizure type?

It’s called “focal autonomic seizures.” It could be “focal aware autonomic” or “focal impaired awareness autonomic seizures.” The autonomic nervous system is comprised of your sympathetic system and your parasympathetic system. Sympathetic is your fight-or-flight system. It involves sweating, the hair on your arms rising up on end, pupil dilation, increased heart rate, etc.. Parasympathetic is your more internal system, like your digestive processes, slowing the heart rate down, slowing breathing, and pupil constriction.

If you have seizures which play into the brain structures that control the sympathetic or the parasympathetic system, you may get heart racing, gastrointestinal symptoms, a sense of heat flushing, hair rising. These are autonomic symptoms. If these are the first symptoms you have, then you have a focal autonomic seizure.

How often is jerking associated with a loss of consciousness and impaired awareness?

If a person tells me they’re experiencing their entire body jerk, but they’re awake, aware, alert, remembering – they see they’re jerking, they report it to me afterwards – then I wonder, “Was this really an epileptic seizure, or was it and imitators?” This is because generalized jerking should not be associated with loss of consciousness.

Is there a definition of cluster seizures?

Cluster seizures mean seizures happen one right after the other. The term implies that if you have one seizure, you’re going to have another one in a fairly short order. We haven’t been able to agree on exactly what time parameters those are because there is a lot of variability.

If a person has only one seizure a year, then having three seizures in a month might be a cluster for them. But someone who has seizures every day might require having a whole bunch of seizures together in one day in order to call it a cluster. We have to relate the cluster to how frequent an individual’s normal seizure frequency.

We do care about clusters, and there are rescue medications now that caregivers can spray in the nose to disrupt clusters of seizures. Many patients prone to seizure clusters will carry recuse medicines in their purse or pocket to use as a cluster-buster after one seizure.

There’s also the marketed rectal diazepam medicine that can be used to break up clusters of seizures. And that’s approved and it’s been used for many years.

Do individuals who have been diagnosed with an epilepsy syndrome, such as Doose syndrome, have a specific seizure classification?

An epilepsy syndrome describes a combination of many different features, including various types of seizures. You may have a constellation of seizure types together in your clinical picture. Epilepsy syndromes are extremely important, because they are what doctors are really treating, rather than seizures in isolation.

How do doctors differentiate between a dystonic storm and a seizure?

Dystonia means a sustained abnormal posture and can be a symptom of seizures that have spread to the basal ganglia and the motor centers of the brain. Often in a focal impaired awareness seizures, some dystonic posturing.

Dystonia can also exist without a seizure, instead caused by a movement disorder, hereditary condition, medications, and so on. You can’t really tell just by looking or talking to the person, but if a patient is losing awareness, then you know it’s a seizure. Loss of awareness is not part of movement disorder dystonia. If dystonia has turned into a tonic-clonic seizure at any point in your history, then that’s a seizure and not dystonia.

Do certain classifications of seizure onset put individuals at a higher risk for Sudden Unexpected Death in Epilepsy (SUDEP)?

We know that many children outgrow their seizures. How do neurologists determine if a pediatric patient has outgrown seizures if they are on a daily medication?

Before I answer, I am not encouraging anybody to stop their medicines to see if they have outgrown seizures. Doctors all have ways of safely checking to see if reducing or stopping medications is appropriate. Please, do not just stop your epilepsy medication to see if you need it.

With that said, you cannot claim that your epilepsy is resolved so long as you are still taking seizure medicines since you don’t know what would happen if you stop. A neurologist will determine whether there have been seizures in recent years, as sometimes people aren’t even aware that certain types of daydreaming or fumbling or automatic activity may be seizures. If those symptoms exist, we certainly don’t want patients to stop medication. Neurologists need a careful history and likely an EEG to make the determination.

From the patient’s perspective, they have to be comfortable with the risk of having a seizure by withdrawing from medications. Personally, I ask my patients not to drive for a period of time, because we don’t want to find out that the medicines were needed while the person is on the highway. That can be a deal breaker for stopping medications for some patients.