SUDEP & The Heart: A Multi-System Approach to Understanding Electrical Disturbances

Last year during our SUDEP Action Day webinar, we learned that there is strong evidence of the association between breathing problems and SUDEP.  However, there is also equally strong data for cardiac abnormalities, particularly cardiac arrhythmias (irregular heartbeat) playing a role in SUDEP. In fact, studies have found mutations in genes associated with cardiac arrhythmias in 15% of SUDEP cases. 1

This webinar helped viewers learn how inherited neuronal or cardiac diseases may lead to electrical disturbances in both the brain and heart, how altered cardiac function may lead to SUDEP, and why it is critical for the epilepsy community to take a holistic approach to fully understand biological changes that ultimately cause SUDEP. Watch the webinar above.

The webinar is intended for everyone, including persons with epilepsy, their friends and family, and caregivers. 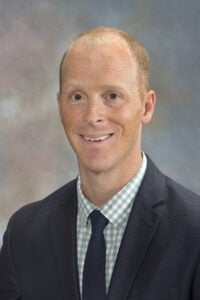 About the Speaker:
David Auerbach, PhD, is an Assistant Professor of Pharmacology at SUNY Upstate Medical University. Dr. Auerbach leads a translational research program. Through interactions with the families of patients with severe genetic diseases, he developed the passion and determination to advance the understanding of electrical diseases of both the brain and heart. He integrates cellular, animal, and clinical recording to investigate the prevalence, risk factors, and mechanisms for dual neuro-cardiac electrical disturbances, and ultimately sudden death.

Do you know if a condition called early re-polarization could increase the risk of SUDEP? And if so, what treatments or interventions are options to reduce that risk?

Sure. So early re-polarization syndrome, also is associated with a high prevalence of cardiac arrhythmias as well. That is true, that early re-polarization syndrome can also be pathological as well. Actually, a group just 45 minutes down the road from us in Syracuse, spent many decades studying this, in fact. In terms of therapies, that field really requires the expertise of your clinical electrophysiologist, because it’s so patient-specific that it would be difficult for me to give a silver bullet therapy right now.

Please talk with your physician and see if additional consultations might be helpful. You’ve touched on some of the risk factors and some of the things that people can do. Somebody had a question about the interaction between SUDEP and sharing a bedroom. Can you tell us what that’s about?

Sure. So yes, people who have epilepsy, who share a bedroom or have nocturnal monitoring, it’s the simple hypothesis that hopefully, someone in the room will wake up when you have that seizure and help put you in a safe position. Turning you on your side, making sure that your face is not buried in the pillow, anything like that. That’s the major theory behind that.

You’ve done a lot of work with the Dravet patient population. Is it recommended that patients with Dravet syndrome receive annual cardiac screening?

I’m a firm advocate for definitely, Dravet patients getting cardiac screening. The frequency of that? I don’t think we know enough right now to say whether one time versus yearly. But I definitely would recommend if it’s a child who’s going through puberty, basically testing both before and then after puberty. Because we know that sex hormones can alter the expression of ion channels in the heart there. So in that sense, I would say getting frequent testing.

That’s great advice, because that’s a piece that we’ve not talked about, the role of puberty and hormones.

So very important. Is there any connection between AV block and SUDEP?

Yes. Yes. When I was saying throughout conduction disturbances, AV block is an example of a conduction disturbance. In simple terms, it’s either a delay or failure of that electrical wave to travel from the upper part of the heart, the atria, down to the ventricles, the lower part. And if that lower part of the heart, the ventricles is not firing and contracting at a sufficient rate, it cannot complete its sole function of pumping blood to meet the metabolic demands of the body. So yes, AV block is associated with SUDEP there.

I think you’ve touched on this, but just to reiterate, can mutated ion channels cause seizures?

Correct. Yes. Numerous gain and loss of function of sodium channel mutations that we classically look at in the epilepsy field, are also leading to electrical disturbances in the heart, and several cardiac ion channel mutations, such as long QT syndrome, Brugada syndrome, CPVT, are all … Also, there’s numerous reports of seizures in them as well. But there’s a lot of research that’s going on, to really understand the mechanism for this association.

So more to come?

What should you ask a cardiologist to screen for? I know that’s a medical question, but can you comment on that?

One other thing to add to it. I talked purely about electrical abnormalities today. I could give a whole other talk on the structural abnormalities in the heart. So when talking about cardiac workup and everything, echocardiograms, looking at wall thickness, contractile function, that’s a whole other topic that there is strong associations in the epilepsy field as well.

And similarly, would vasovagal events for SUDEP be a concern?

Vasovagal events, to me, that’s more of a hemodynamic blood flow type thing where vasovagal, you pass out. But then there’s normally this, then surge of adrenaline, sympathetic activity, gets the heart pumping stronger, increases your blood pressure, and then you oftentimes wake up. So I don’t really see vasovagal events as much associated with SUDEP, but there’s a lot that we don’t know yet.

Have the VNS and the RNS been included in studies? Do they provide any protection? Do we know?

Yes. So Richard Verrier’s group at Harvard there, looked in patients with vagal nerve stimulators and showed that those with vagal nerve stimulators, there was actually improvements in the re-polarization, or their cardiac recovery process in those would VNS. In terms of seizure control, of course, there’s been a lot of research showing the efficacy of that. So hopefully, did I answer your question?

Yeah, I think so. And there’s a related question on whether patients with VNS implants should continue to get cardiac care.

Yes. The VNS is firing when there’s a sudden change in heart rate. But I was at a cardiac conference during grad school, and this quote was used many times during the conference. He showed a video of this gentleman walking through the airport, and then drop dead suddenly. And the question throughout was, why did this patient die today, not tomorrow, not yesterday, not a year ago? So even though things are under control, we still need to be monitoring these patients, and practicing with safe lifestyle habits to cut down on our risks of seizures and SUDEP.

Sure. I’m going to give a textbook answer. I’m sorry for saying this, but you need to get the cardiologist and the neurologist and your family practice physician sitting all at the same table to figure out which is causing which there. Too oftentimes, our patients push back and forth between specialists. And maybe I say this because I’m not a clinician, but these clinicians all need to sit down at the table together and give better team-based care. My wife’s a physician, so I can tell her that.

Is brady or tachycardia more common during the seizures leading to SUDEP?

Okay. So brady, both are reported. Oftentimes, there’s been a greater prevalence of reports of bradyarrhythmias, slow heart rates, that can be due to slow firing of the pacemaker in the heart. But also, that includes your conduction disturbances. Because even if that upper part of the heart is firing normally, that wave may not get down to the lower part of the heart. But there are many case reports and even small studies showing tachyarrhythmias as well.

If somebody is potentially at high risk, would a pacemaker make a difference? I know that’s a medical question and we’re not giving medical advice here. But are you aware of anything?

Sure. So, depends what the electrical disturbance is. A pacemaker is there as a backup. If that pacemaker in the heart, the SA node, doesn’t fire at the rate that it’s supposed to be firing, that pacemaker jumps in. Or if that electrical connection between the atria and the ventricles is not functioning properly, you can pace the lower part of the heart, the ventricles. So it contracts. It excites and then contracts at the appropriate rate. But if the electrical disturbances are not due to a rate, but due to a rhythm abnormality, the pacemaker is not the right thing. That, you need to really consult with your cardiologist to understand, what is the electrical abnormality taking place in my heart?

This comes from a family who is concerned about SUDEP in their child. Are there any over-the-counter heart monitors that could be used? I know the Apple Watch is being developed as a system. There’s the Embrace. But that doesn’t have a heart piece to it.

Right. Yep. So unfortunately, right now, there’s no alarming device. The Apple Watch will report if it detected any atrial electrical activity, abnormal atrial electrical activity. But it does not presently alarm at all, unfortunately. And the challenge with that is, as some parents could sympathize with some of these seizure-detecting watches here, the high false positive alarming is a big issue. And I see that as a big obstacle in the field, because you don’t want that Boy Who Cried Wolf scenario there, where alarm’s going off every time, it’s always been a false alarm. And then you miss that one real one. So I think we really need to have devices that have a high level of sensitivity and specificity there. But not published at all, but my lab is definitely looking into some wearables to try to detect electrical disturbances in the heart.

Somebody asked that they would like to share your research with their child’s epileptologist. Would it be possible to get information? Or even if you know of any reviews or summaries that we might pass along to help people have this conversation with their doctor?

Definitely. Definitely. Dr. Lubbers, probably the easiest thing, I can send you a PDF version of this talk, as well as a couple papers afterwards that could be made available.

Here’s a question that’s a little bit more … policy-based. There is a law called Halyn’s law, which was passed in Connecticut, which requires medical examiners to have one hour of training in SUDEP, with the goal of collecting SUDEP patient data. Do you think this would be helpful if it was more broadly applied?

Absolutely. And during the SUDEP Summit, we had a medical examiner as part of it. And I think whether it’s a medical examiner or the coroner system, it’s so critical to have them more knowledgeable and trained in identifying SUDEP cases. Because that’s the only thing that’s going to help us to get that ball rolling in terms of recognizing the prevalence and the risk of sudden death.

We’re still learning a lot in terms of the research, but we need to be at least thinking about it. Could this be due to, for this person who has epilepsy?

We see billboards all the time, about the prevalence of cancer, Parkinson’s, Alzheimer’s, all these things. But really having some hard, accurate numbers about the risk of SUDEP is so needed. It’s so needed.

The information contained herein is provided for general information only and does not offer medical advice or recommendations. Individuals should not rely on this information as a substitute for consultations with qualified health care professionals who are familiar with individual medical conditions and needs. CURE Epilepsy strongly recommends that care and treatment decisions related to epilepsy and any other medical condition be made in consultation with a patient’s physician or other qualified health care professionals who are familiar with the individual’s specific health situation.