CURE Discovery: The Connection Between Stress, Autism, and Epilepsy
September 1, 2020 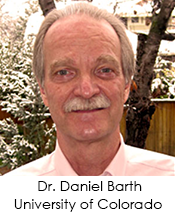 Over 30% of people with epilepsy are also impacted by autism-spectrum disorders (ASD) [2], but the links between these two conditions are not well understood. However, we do know that the two disorders can share the same genetic causes and that they are also associated with common environmental risk factors. With the help of a CURE grant, Dr. Daniel Barth and his team at the University of Colorado worked to understand how two environmental factors might impact the chance of developing epilepsy and ASD. Specifically, they looked at stress late in pregnancy and in the early days of life and exposure to terbutaline, an asthma drug occasionally used to prevent preterm labor. Dr. Barth and his team had previously combined stress and terbutaline to develop a rat model of epilepsy with ASD-like behaviors called the “ST” model [1].

With this model, the researchers set out to tease apart the biology underlying epilepsy and ASD. While both conditions are adversely affected by chronic prenatal stress [3,4], the process by which this stress may influence the development of epilepsy and ASD may not be the same. Indeed, stress is a complex phenomenon that can induce inflammation and increase levels of stress hormones. Because stress [5] and terbutaline [6] are known to independently cause brain inflammation, Dr. Barth and his team first examined the possible benefit of a unique anti-inflammatory treatment [7] to prevent epilepsy and ASD. Notably, Dr. Barth’s study was the first to evaluate use of this treatment to prevent stress-induced inflammation early in development, when the growth of a rat’s brain is rapid but also extremely vulnerable to environmental risk factors.

The team monitored seizure activity and ASD-like behaviors, the latter of which were assessed with procedures designed to mimic the human symptoms of repetitive behavior, anxiety, and poor social interactions, in the rats during the first few months of life. Among rat pups that received the anti-inflammatory treatment, there was an increase in the density of the brain’s immune cells and in the levels of a specific protein known as IL-10, both of which reflect an anti-inflammatory response. In contrast to the strong anti-inflammatory response, however, the pups did not have a significant hormonal response, which was reflected in practically no change in the levels of two stress hormones. As predicted, blocking the inflammatory response prevented the development of ASD-like behaviors but, unexpectedly, it did nothing to prevent the onset of epilepsy [8].

Despite this unanticipated result, Dr. Barth’s work is still extremely valuable. In addition to providing a promising treatment for environmentally induced ASD, the findings show that the factors that cause ASD and epilepsy, disorders which are often thought to share the same underlying pathology, can be separated. These findings have also helped Dr. Barth and his team formulate alternative ideas about the development of epilepsy in their ST model. Indeed, as a result of critical CURE funding, they are starting to explore hormonal influences on epilepsy in their model.