Have you ever been afraid to talk about your epilepsy to friends and coworkers for fear of repercussions? Epilepsy stigma is prolific and can affect all aspects of a person’s life. Approximately 50% of people in the US and Europe report feeling stigmatized because of their epilepsy diagnosis, according to recent studies.

Let’s end these epilepsy stereotypes and shine a light on the truth.

This webinar is presented by Dr. Ann Jacoby, Professor Emerita in the Department of Public Health and Policy at the University of Liverpool, UK. 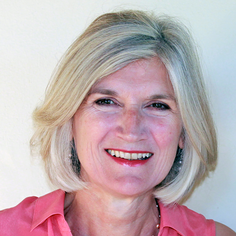 How can individuals overcome epilepsy stigma related to employment, the workplace, and co-workers? Are there strategies people can use?

The Epilepsy Action group is asked quite often on how to position telling your employer about your epilepsy. “If I’m going to be interviewed for a job, do I tell the potential employer that I have epilepsy?” The position people tend to take is not to disclose having epilepsy immediately. Sometimes you will be asked a question on an application form and you may have to then say something, but the epilepsy should not be the foremost thing. The question is, do you have the qualities and qualifications you need to do the job? We perhaps need to be more active by going to employers and presenting ourselves to them in a robust way as a person who has the skills that are needed.

Now, in the UK (and I suspect it’s the same in the US under the Americans with Disabilities Act) employers do have to make certain provisions for people who have long-term health conditions. When my team did the survey asking members of the general public in the UK about their attitudes and knowledge of epilepsy, we also did one with employers. We found that employers were a strange mixture of willingness to adapt and still holding negative attitudes. But they were willing to consider things like letting people do shorter days, letting them come in later in the morning if they needed to or leaving earlier, and so on.

Overall, employers surveyed were willing to consider adapting the work environment to fit the needs of people with epilepsy. I think that’s a really helpful thing to know and perhaps we need to just have that conversation with employers much more than we have so far to move their thinking along.

Are people with epilepsy who need to take time off for doctor’s appointments covered under the Americans with Disabilities Act?

I’m not familiar enough with the Americans with Disabilities Act to know whether these individuals are protected to go to doctor’s appointments. I would say that anyone who has an illness of any sort may need to see a doctor from time to time for a regular checkup or for treatment adjustments and so on. I think that employers would recognize that sometimes people have to take time off and that applies to anybody. To me, to you, to anyone.

I think we need to be firm about our rights as employees, but we also can turn to acts like the UK and the US Act and look at how those acts protect us in difficult situations where employers are being unreasonable.

How do we really change people’s attitudes in regards to cognitive ability?

Again, I think there is this problem that people always link having epilepsy with having conditions which may occur in people with epilepsy or without epilepsy. We do know that in people with very severe epilepsy, there may be cognitive problems, but we also know that the drugs people take to control their seizures may create some cognitive difficulties. Quite often people talk about having memory problems – they feel they aren’t as alert and so on.

These are difficulties, but the important message is they are not necessarily happening for every person with epilepsy. It’s the conflation of the notion that, if you have epilepsy, you must also have cognitive difficulties that we need to really need to change thinking about. That change requires a lot of educational efforts not only in general populations but also in particular subgroups like lawyers.

Do you know if countries are combating stigma by actually helping educate people about epilepsy in school-age children and adolescence?

There are projects to do that, but I think our difficulty is that these projects are often very small scale. It’s actually quite difficult to get funds to do those sorts of projects, which is where I think charities and their fundraising efforts have a big role to play. It can be quite difficult to convince teachers, school boards, and so forth that epilepsy awareness is an important part of educating of young and teenage children. Buy, yes, there are small scale initiatives doing that kind of work and perhaps we can use the outcomes from those initiatives to convince funders this is a really worthwhile educational activity.

Earlier you mentioned the difference between the developed and the developing world in regards to stigma. What are some of the principal differences?

The answer goes back to understanding how different cultures think about epilepsy. A few years ago, the US National Institute of Health had my team to look at the nature of epilepsy stigma in China and Vietnam. We explores what things cause epilepsy and how it can be treated, and then looked at how that differed from the way the public thinks epilepsy is treated. In those two countries, people’s understanding about what causes epilepsy are not hostile ideas, the sort that I mentioned in which people think someone with epilepsy is possessed by evil spirits.

The general notions in China and Vietnam were much more aligned with traditional Chinese medicine ideas about imbalance in the body systems. Epilepsy and seizures were perceived to be caused by bodily imbalance and treatments were focused on reducing those imbalances. In China, for example, people with epilepsy do take modern western drugs, but these individuals often thought the drugs were there to stop seizures and traditional medicine was needed to realign the body to rid you of epilepsy.

These are very benign ideas and there was a great sense of care towards people with epilepsy, but there was also a recognition that they presented danger to themselves, if not to others. For example, they couldn’t work in rice paddy fields, because they might have a seizure and drown. People were worried about them having seizures outside in the community and being treated badly, so caregivers tended to keep family members with epilepsy at home and isolated from others. People with epilepsy in China and Vietnam were not considered particularly good marriage partners because they were believed to be unable to perform tasks, like childcare, that marriage expects of them.

These ideas were very different from ancient ideas, but the impact tended to be the same. In fact, you see this kind of evolution of ideas continue to have negative impacts on people with epilepsy in other cultures, even though the ideas themselves are very different. If you look at some countries in Africa, you see very different ideas about causes of epilepsy compared to China. In these countries, sin and possession by evil spirits still are held to be important causes of epilepsy and ideas about the condition are very hostile. People with epilepsy are treated quite poorly in quite a lot of African countries. In some countries, epilepsy is referred to as the “burning disease” because… People believe you can’t touch someone who is having a seizure because they think epilepsy is contagious, so individuals fall into open fires and get burned.

So, I think those cultural ideas are really important and they do emphasize that you need to understand the ideas underlying epilepsy in order to develop educational programs.