We are delighted to announce new CURE grants awarded to three innovative epilepsy researchers, Drs. Detlev Boison, Chris McGraw, and James Gugger! Each researcher has a unique perspective and focus; Dr. Boison has been researching ways to prevent epilepsy for 25 years; Dr. McGraw, is a physician-scientist who is currently an epilepsy research fellow at Boston Children’s Hospital studying epilepsy genetics; Dr. Gugger is an epilepsy fellow at the University of Pennsylvania exploring a novel way to assess a person’s risk of developing post-traumatic epilepsy (PTE). We are honored to support the exciting work of these researchers.

To date, CURE has raised over $70 million dollars and funded more than 240 grants to support our mission of finding a cure for epilepsy. Read on to learn about the newest promising projects we’ve funded with the Catalyst Award, Taking Flight Award, and our partnership with the American Epilepsy Society (AES).

The Catalyst Award supports translational research, where findings from basic research (studies that increase our general knowledge and understanding) are “translated” into the next phase of study to prepare potential new treatments for clinical trials. 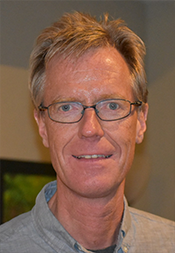 For 25 years, Dr. Boison and his team have studied ways to prevent epilepsy. During that time, they have found that some individuals develop epilepsy when a substance in the brain called adenosine (ADO) is reduced.

Dr. Boison’s Catalyst Award project builds on a prior CURE-funded study which demonstrated that in an animal model of acquired epilepsy, ADO levels can be increased with a drug that blocks the enzyme responsible for reducing it, called adenosine kinase (ADK). The team’s goal is to optimize and test this potential epilepsy-preventing drug in the hopes of creating disease-modifying treatment options.

The Taking Flight Award seeks to promote the careers of young epilepsy investigators, allowing them to develop a research focus independent of their mentors. 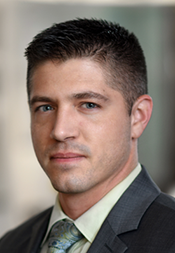 Dr. McGraw is developing a zebra fish model to enable the rapid screening of genes that enhance seizure resistance. This system integrates the latest advances in genetic engineering (Crispr/Cas9 technology) and non-invasive neural activity monitoring. Dr. McGraw predicts that by systematically discovering which genes underlie seizure-resistance in zebra fish, researchers can identify potential targets for the next generation of antiepileptic drugs for people with epilepsy.

AES/CURE Training Fellowship for Clinicians
$50,000 for one year, funded 50% by CURE 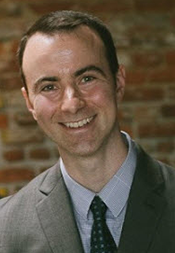 Epilepsy can develop following a brain injury such as a stroke, brain infection, or head injury; however, there is currently no way to predict who will develop epilepsy following these insults to the brain. Dr. Gugger’s goal is to address this gap by using a special type of brain scan called diffusion tensor imaging (DTI) to identify changes in the brain that indicate an increased risk of epilepsy following a head injury. By better understanding why some people develop epilepsy after injury and by identifying which individuals are at risk, diagnostic tests may be created to predict epilepsy.

Study Identifies Cause for Mysterious Cases of Epilepsy in Children

A team identified 69 different genes carrying somatic brain mutations, the majority of which have never previously reported in MCD.