Epilepsy, also called seizure disorder, is a diverse group of neurological disorders of varying types and severities which are characterized by recurrent seizures. When a person has had two or more seizures which have not been provoked by specific events such as trauma, infection, fever or chemical change, they are considered to have epilepsy. An estimated 65 million people worldwide currently live with epilepsy. One in 26 Americans will develop epilepsy in their lifetime.

EPILEPSY CAN AFFECT ANYONE.

Epilepsy and seizures can develop in any person at any age. New cases are most common in children, especially in the first year of life.

In general, epilepsy and seizures result from abnormal circuit activity in the brain. Any event ranging from faulty wiring during brain development, brain inflammation, physical injury or infection can lead to seizure and epilepsy. However, according to recent estimates, in up to 50% of patients diagnosed with epilepsy, the cause is unknown (idiopathic).

UNDERLYING CAUSES FOR EPILEPSY INCLUDE:

WHAT IS A SEIZURE?
WHAT ARE THE DIFFERENT TYPES OF SEIZURES?

Seizures occur when abnormal electric signals from the brain change the way the body functions. There are many different types of seizures, which may cause anything from convulsions, muscle spasms, brief or prolonged loss of consciousness, strange sensations and emotions, and/or abnormal behaviors. Seizures can be triggered by an isolated incident such as high fever, infection, exposure to toxin, and metabolic abnormalities like hypoglycemia, but are frequently evidence of an underlying medical condition.

There are many different types of seizures, but they can be grouped into two broad categories:

Focal seizures localized to a specific focal area on one side of the brain and affect approximately 60% of people with epilepsy. “Focal” seizures were once called “partial” seizures, and many still use this term. Focal seizures can also become generalized seizures. The types of focal seizures are: 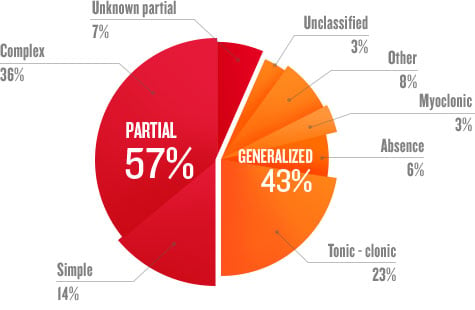 GLOBALLY, THE BURDEN OF EPILEPSY IS HUGE.

Of the top 5 chronic conditions among children and adults, epilepsy is the costliest and second most common. Epilepsy costs the United States approximately $15.5 billion each year. 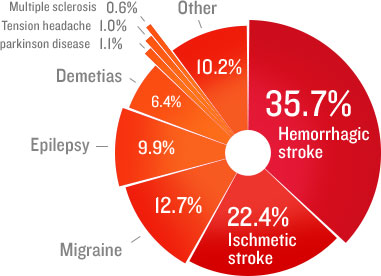 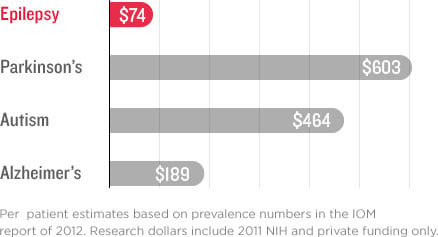